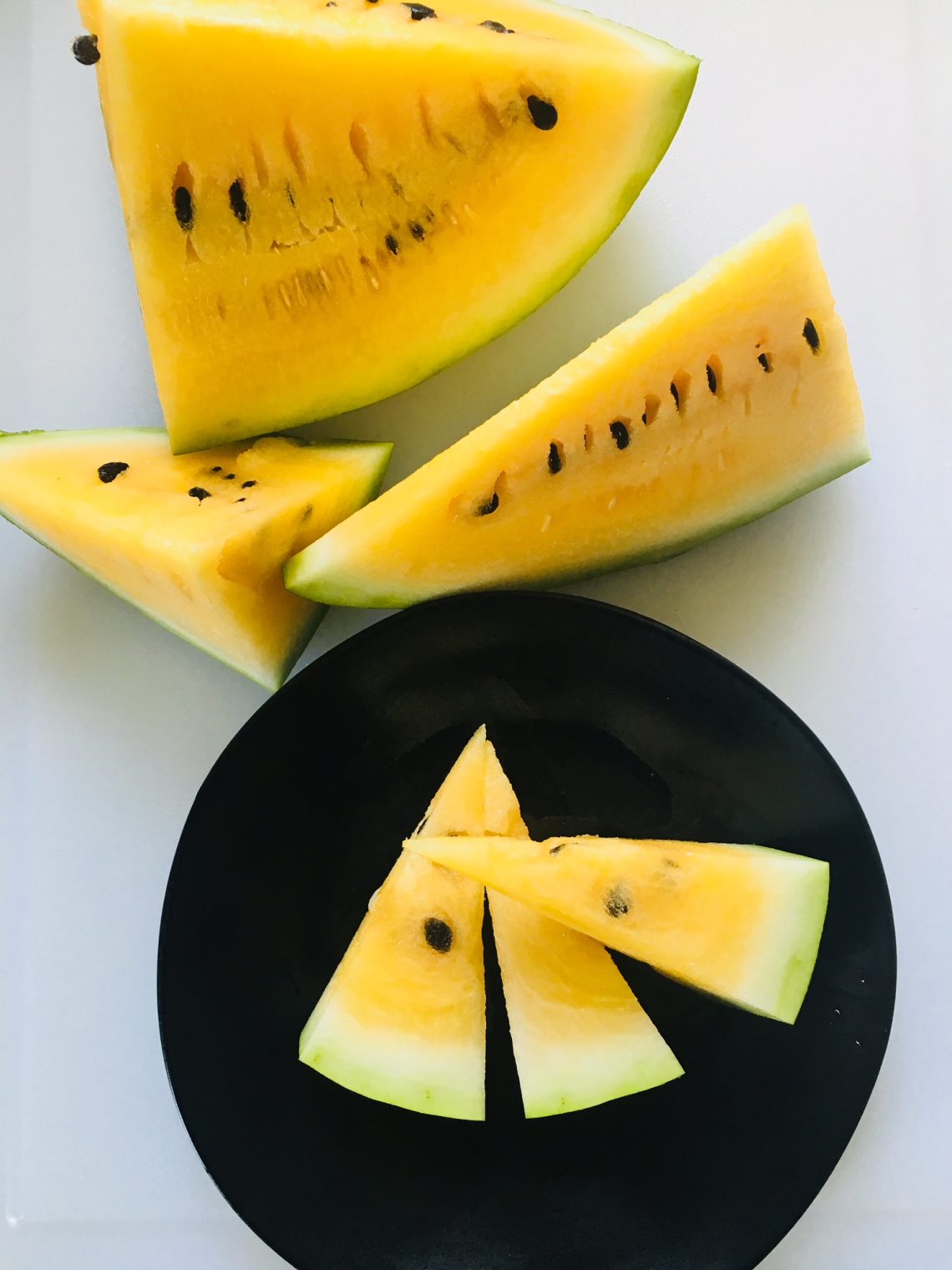 Summer wouldn’t be summer without fresh juicy watermelon!  And when I say watermelon I’m not talking about the seedless kind.   I’m talking about the original kind with the beautiful contrasting natural back seeds.  Going back to my childhood memories I remember many times during the summer my father cutting up big watermelons which our family of 6 would devour, almost before he finished cutting them.  Back then watermelon was better than candy to me.  It took on the duties of providing satisfaction to my sweet tooth, quenching my thirst and filling me up.

Since we’re in the middle of July which is peak watermelon season down south, getting my summer watermelon fix is a must!  And what better place to go then to the farmers market to pick up my first watermelon of the season.   It’s also where I met a gentleman who changed my ideas on what I thought I knew about watermelon.

The older brown skinned man saw my response and started to laugh.  Then he told me something that blew my socks off.  He said, “You know yellow watermelon is the original watermelon”   I said, “really?!”  He said, “Yes, Yellow watermelon is real old school and it came first before the red.”  We talked a little bit more while each picking out a yellow watermelon to take home.  I couldn’t wait to get home for two reasons, (1) to find out more about the great new information I learned and (2) to cut into my delicious golden watermelon.

Just like what Mr. Watermelon Man said yellow watermelon is indeed the first watermelon.  According to the website Organic Facts, “Yellow varieties of watermelon are actually the original form of watermelon and were first cultivated in Africa.”   However when watermelon became popular for commercial use they were bred to contain higher lycopene which provided the more red color.

Lycopene which is found in the red watermelon is a phytonutrient (a chemical produced from colorful plants to protect them from insects, virus, fungi).  Seedless red watermelons have more lycopene.  Some people have allergic reactions from red watermelons which could be due to the high levels of lycopene especially in seeded watermelon.

Researching watermelon in general I came upon an article discussing cautions in eating watermelon in high dosages.   The article stated eating this fruit in excess may be harmful to those who are diabetic.  Also by eating excessive amounts of watermelon too much potassium can be consumed which leads to loss of muscle control and can produce rapid heartbeats.  This goes for all watermelons no matter what color.   However there are specific considerations with red watermelon due to the lycopene. High levels of lycopene can cause diarrhea. (3)  So moderation is key.   Two slices of watermelon per day will give you the daily recommended amount of lycopene which is 30 mg.

So the question is will I forgo red watermelon for yellow?  Well the answer is no.  Even though I enjoy the honey taste of the yellow watermelon.  My favorite watermelon of all time is the sugar baby watermelon, which is red.  And for the rest of the summer I will try my best to limit my watermelon intake to a couple slices a day. 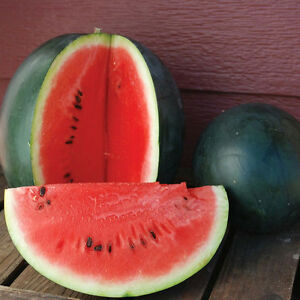 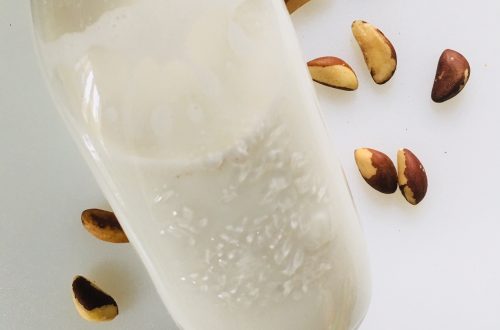 How To Make Brazil Nut Milk 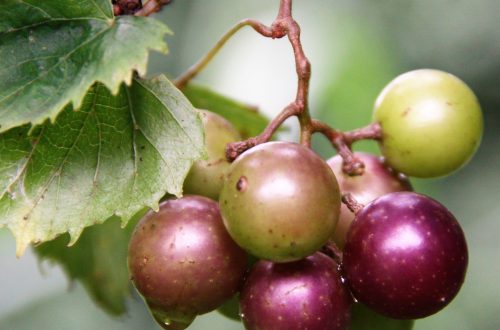 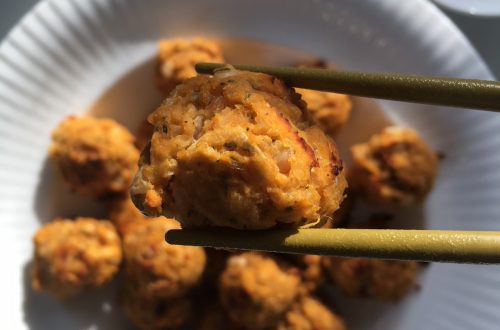