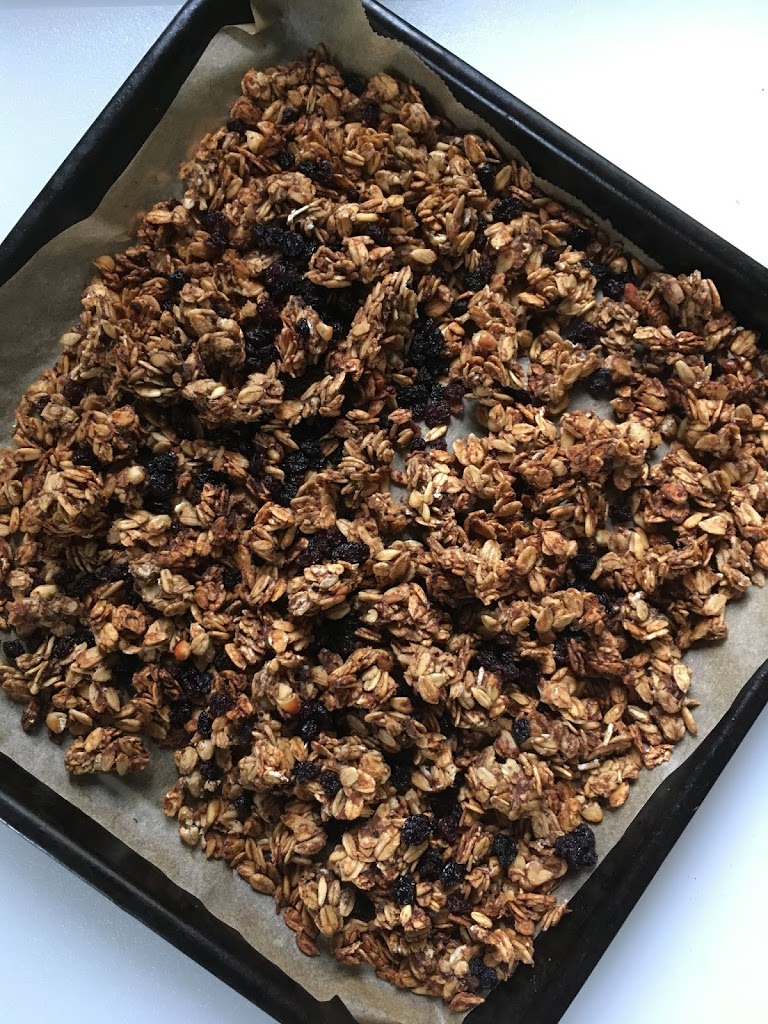 I don’t know about you but I used to think granola was so healthy.  Little did I know that each time I was eating a bowl of granola for breakfast or grabbing some as a snack I was eating loads of sugar.  For example my favorite brand of granola I used to eat contained lots of sugar and in different forms,  like molasses, cane sugar and oat syrup solids.  All these types of sugars were in one small package of granola.  But did you know granola was originally created without sugar at all?
Yes, granola was first created using absolutely no sweetener.  It was created by James Caleb Jackson in 1863 (a).  The cereal he called granula consisted of a bran rich graham flour soaked overnight first, baked and then broken up into nuggets.  The granola back then probably was not the best tasting but it was more nutritious and better for the body.  It’s not to say that we have to go back to just boring bran nuggets with no flavor but it’s important to look at the nutritious values of the granola we buy to make sure it’s not loaded with unnecessary sugars or we can just make it ourselves.

I found an amazing granola recipe from a site called Simply Quinoa and reworked the recipe to go along with my dietary guidelines.  I revised the recipe to have hardly any sugar and have less inflammation properties.  This granola is not going to be sweet like the packaged granola but it will have a great taste and be healthier.

The only sweetener in this granola comes from the bananas and the addition of currants after the granola is baked.  Also since carob powder and cinnamon both have an inherent sweetness,  they make for a nice addition to the granola.   And I used sprouted oatmeal to mimic the soaked grains used in the original 1863 granola recipe, to assist with the nutritional values and help in digestion.
If you love granola but need to stay away from refined sugar, nuts, and gluten, try this recipe!  It’s much cheaper than buying granola, easy to make. healthier and stores beautifully! 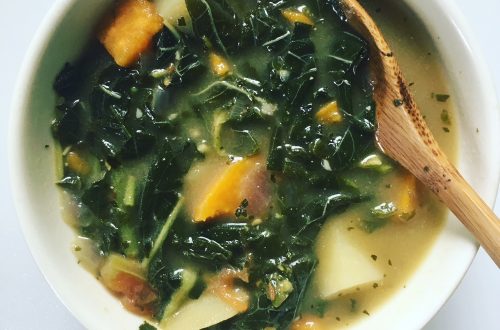 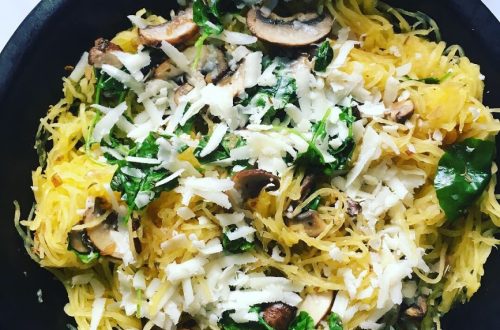 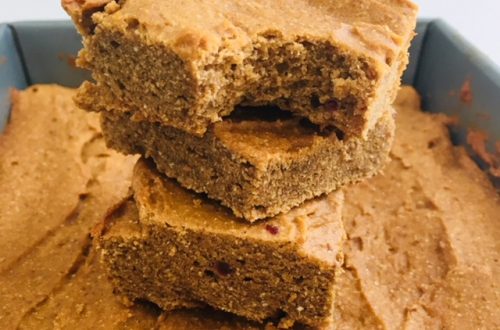